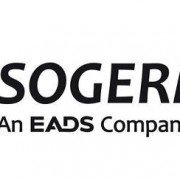 The ExelOP-Sogerma project received the first prize in the category of LEAN competition, facing a dozen other projects.

Other external awards also came underline the success of this project and operational results.

– Gold Award for Best performer by Airbus. A note of 92 out of 100 was issued after three days of audit.

– Customer Award also awarded by Airbus H (Helicopter) for on time deliveries on the overall scope of the order book in series and replacement.

The rate of delivery on time rose from 54% in 2011 to 100% in 2014!
In parallel to its remarkable results, it should be noted that they have not been artificially obtained by an artificial increase in inventories and work, or the intrinsic capacity. Economic activity results are better than the operative plan.

Following this project, Sogerma also maintained its place in the top 10 suppliers for the quality support to airlines via the SFE rating (rating by: Airlines, Airbus, Sogerma) by improving its score by a few points compared last year. An award will be delivered at the next airshow in London.

This site uses cookies. By continuing to browse the site, you are agreeing to our use of cookies.

We may request cookies to be set on your device. We use cookies to let us know when you visit our websites, how you interact with us, to enrich your user experience, and to customize your relationship with our website.

Click on the different category headings to find out more. You can also change some of your preferences. Note that blocking some types of cookies may impact your experience on our websites and the services we are able to offer.

These cookies are strictly necessary to provide you with services available through our website and to use some of its features.

Because these cookies are strictly necessary to deliver the website, refuseing them will have impact how our site functions. You always can block or delete cookies by changing your browser settings and force blocking all cookies on this website. But this will always prompt you to accept/refuse cookies when revisiting our site.

We fully respect if you want to refuse cookies but to avoid asking you again and again kindly allow us to store a cookie for that. You are free to opt out any time or opt in for other cookies to get a better experience. If you refuse cookies we will remove all set cookies in our domain.

We provide you with a list of stored cookies on your computer in our domain so you can check what we stored. Due to security reasons we are not able to show or modify cookies from other domains. You can check these in your browser security settings.

We also use different external services like Google Webfonts, Google Maps, and external Video providers. Since these providers may collect personal data like your IP address we allow you to block them here. Please be aware that this might heavily reduce the functionality and appearance of our site. Changes will take effect once you reload the page.